The spiders of salticidae family are legendary because of several behaviour features, one of the is that they do not resist to jump to the flash diffuser during a photo session.

Moved this one inside home and tried some sequences, in this one the jumper planned a jump to the flash diffuser but gave up the jump as the diffuser was somewhat distant, is nice to see they are reluctant if a jump is going to fail. 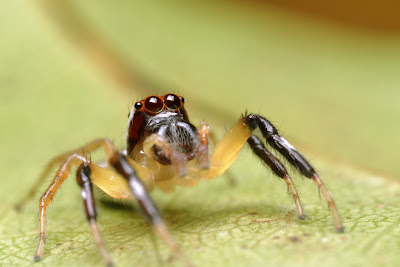 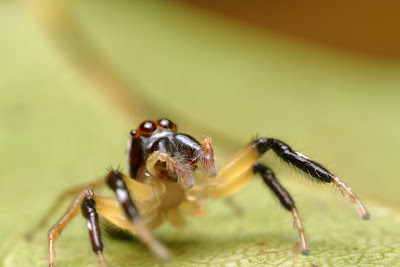 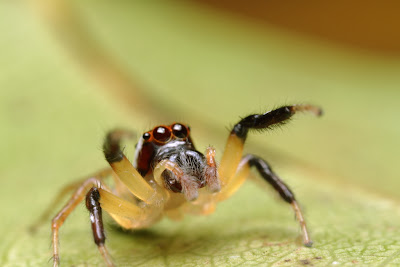 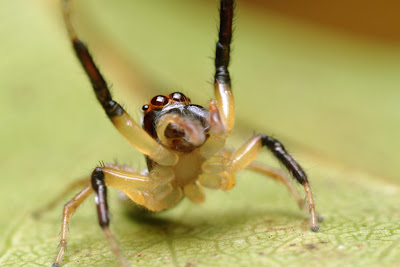 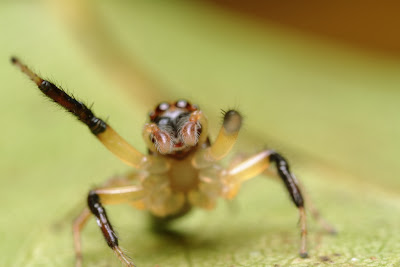 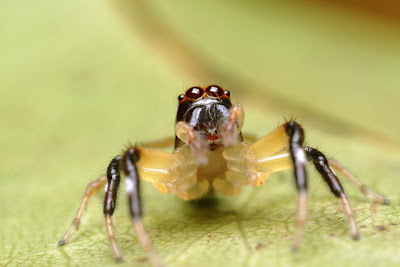 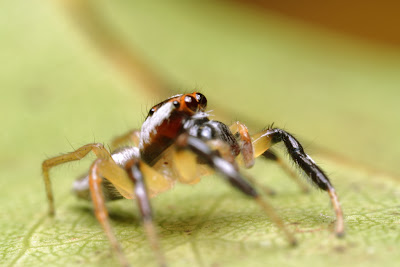